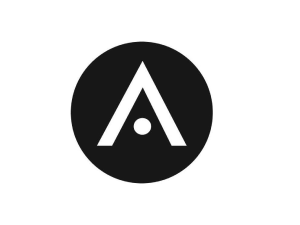 “Go as far as you can with that job and see how far you can go. If you keep changing careers, you’ll never get anywhere,” says Ian Michael Black to an audience of cosmetology students in all levels at Aveda Institute Denver. Today, we were humbled, honored and inspired to have Ian Michael Black, Aveda Global Artistic Director for Color, join our Institute to inspire greatness, share a few laughs and tell his story of how he came to be where he is today. As poised as we all were to be in his presence, many of us were crumbling a little inside at the notion of having an “Aveda celebrity” speaking casually to us like he was catching up with a friend. Meanwhile, there’s a huge parade in Denver to celebrate the Bronco’s winning the Super Bowl and we were all happy as could be staying indoors, cozy like with Ian.

He shared his timeline of his full career in the beauty industry, which began at age 16 when he started school. The program is much longer in England so he was 18 when he completed his education and started his career. Today Ian has been with Aveda for 17 years and as a part of the Aveda Global Artistic Team, Ian spends his days working on education pieces, discovering new ways of teaching others, overseeing how education is pushed out to the network, he collaborates on Aveda collections and product development, works with marketing and also travels and presents often. Though it may seems he spends a lot of his time on stage, he shared he’s literally only on stage maybe a few hours a year. Prior to Aveda, Ian got his start at Toni & Guy.

“Aveda is a company I can work for and feel really proud of.”

Having shared that he feels he could die happy tomorrow because he’s lived the life he wanted, Ian said that he still desires to take a few months off from work and spend some time in Cambodia to help young women trapped in sex trafficking.

Ian shared some of his work with Aveda and a teaser of never-before-seen images of some recent work he’s done on his own. Editorial work is hard work and Ian called it “grueling” when giving an example of the photo shoot in Hawaii for Aveda Damage Remedy. The rain, the lava rocks and the continued challenges with weather in creating a perfect image that was about beautiful, healthy, conditioned hair, that would tell the story of quinoa protein in the products.

“It’s not always about the hair, it’s creating the mood to create the image. And it’s not about YOU. It’s about the model. Editorial style is not the same in real life.”

Understanding what you want from a picture is unique to the subject, Ian says. You have to understand what you are trying to show, tell in the picture. Going back in time a bit to November, 2014 when Aveda shared on their Living Aveda blog Ian’s work featured on the cover of American Salon magazine, Ian spoke of seeking to inspire more diversity with models and how he loves the “in-between” when it comes to images – that place between the current image and the next one about to happen. The image that cannot be recreated, that’s what he’s capturing.

“What makes something great is when you create your own version of it.”

Ian doesn’t really think often about what’s happening tomorrow but he will question where he will be in the next five years. Will I be doing the same thing? Will it be different?

Ian didn’t shy away from sharing that this is an industry that requires hard work to start. He urged us to continue on our own journey and make it our own. First, we must master the basics. If we don’t learn to create perfection from the basics, we’ll never learn to advance. This is where establishing trust begins. Trust in the process. Trust in the unknown. Trust in the fear.

“You’ll learn the most when you’re uncomfortable.”

What else did we learn from Ian today? With over 150 of us in the audience today, I’m sure each of us learned something different and the journey will continue to unfold. Having personally watched Ian from afar, in the fan club of many, and seen his work come to life in our Aveda collections, seen him on stage at Congress, seen his work from a screen – having Ian walk from behind-the-scenes in what seemed like a far-away world and suddenly arrive in person, made me realize how our Global company is a community. I was most inspired by him sharing that at Aveda, “the people here work with each other out of respect. You build relationships.”

That’s what it was all about for me today. The inspiration to continue to live the Aveda mission, inspire others and build relationships. And also keep posting Instagrams about my new #avedacolor

Ian Michael Black with Alicia Christus, the voice behind this blog today.